Wonder Woman’s subversion of blockbuster super heroic traits and tropes may have started (and, deservedly, shone brightest) in Diana herself, but it certainly didn’t stop there. Her male supporting cast, specifically Steve Trevor and his band of misfit World War I soldiers, turn expectations on their heads from the moment they set foot on screen.

Wonder Woman’s subversive take on masculinity is a quiet revolution, a unique conversation with historic institutions, and, with any luck, the catalyst of some major shifts in the way we begin to think about heroic idealism both in and outside of the genre.

Steve’s literal position in Diana's story is to act as catalyst for Diana’s transition into “Man’s World” from her isolated island home, but less overtly, he’s there to be saved by Wonder Woman. He’s the gentleman-in-jeopardy: perpetually in danger, soft where Diana is bulletproof; scared where Diana is bold -- but most importantly? He’s never punished for these shortcomings. As far as the film’s concerned, these traits are hardly shortcomings at all.

It's important to understand that in superhero narratives, masculinity is, more often than not, a form of currency.

It’s traded upon with sweat, bulging muscles, and teeth clenching grimaces; through posturing and extreme prowess, chiseled jaws and perfectly placed spit curls. The value of a male hero is determined by their ability to be the most dominant, physically or mentally, over whatever situation they find themselves in. They might pull it off with a cheery smile or a permanently set in scowl, with a warm laugh or an icy scoff, but that dominance at the end of the day is what determines their success.

For a male superhero, vulnerability is a risk -- and one that usually can’t be taken lightly. When it does happen, it’s usually tempered by a set of caveats and fail safes. For instance, Nightwing may be famously put into objectifying situations, often seen topless or bound, in danger of being subjugated, but he’s able to enter those positions with the explicit understanding from readers that he’ll be James Bond suave, most likely with a beautiful woman, by the end of the story arc. His vulnerability is made palatable when his relative masculinity is only slightly compromised, and immediately won back in a no-holds-barred display of virility.

RELATED: Wonder Woman: How Do You Solve a Problem Like Steve Trevor?

It’s a pattern that superhero comics have been locked into for decades and one that’s afforded very little space for any variation on the formula -- something that becomes a problem when it comes to, well, character development and connecting with just about everyone outside the target audience of heterosexual, cisgendered men.

This, in point of fact, is why Steve Trevor’s big screen debut matters.

First things first: Steve’s a soldier. In the context of the film, he’s a spy. He ends up on Themyscira after an earnest attempt at extravagant heroism goes awry and nearly kills him. His life is saved by Diana as she literally pulls him, prone and powerless, from the wreckage of his plane.

From here, the traditional superhero story would set about deploying it’s failsafes. For all intents and purposes, Steve’s introduction as emasculating. The formula dictates that his next course of action should be a display of dominance to reestablish his worth.

Except that’s the opposite of what happens. Steve is instantly becomes least physically capable person in a battle between German soldiers and Amazons.

That’s not to say that Steve isn’t brave. He’s certainly, unquestionably brave -- he’s given a brief, fleeting moment in the spotlight as he steps into combat, but it’s anything but a bombastic display of skill.

So, yeah, no one is going to argue that Steve is weak. He’s anything but a coward, he just also happens to be incredibly vulnerable.

The arc of Steve’s character in the film actively resists trading in on his masculinity and instead rewards him for that vulnerability as Diana steps in to save him from situations where he would have otherwise been killed, captured, or discovered. The more Steve steps back and lets Diana take control of the situation, the less risk he finds himself in.

All things considered, Steve occupies a traditionally feminine space for the majority of the movie, and he does so without stigma or concern. There’s no anxiety to be found about whether or not Steve is worthy of the story being told. There’s no coda for Steve’s peril where he’s put in a position to reclaim his lost masculinity, because in the eyes of the film? He hasn’t lost anything.

RELATED: What DC Needs To Learn From Wonder Woman’s Success

Even the romance between he and Diana is painted in a way where Diana is the one holding the cards -- despite her relative naivety regarding the customs of the outside world. James Bond suave, Steve Trevor is not.

The same way Diana’s strength and heroism doesn’t compromise her femininity, Steve’s constant risk of peril doesn’t make him less of a man. In the end, it’s his open embrace of his feminine narrative niche, his emotional accessibility -- his earnest admission of love (that, poignantly, Diana herself does not audibly reciprocate) -- rather than any sort of physical prowess, that solidifies him as a hero in his own right.

In the context of nearly a hundred years of deeply ingrained masculine tradition in superhero comics? That’s a pretty radical idea to be reflected on the big screen.

Heroism in the War to End All Wars

As if Steve’s completely unselfconscious vulnerability wasn’t enough, Wonder Woman manages to sneak a whole other layer of social and historical subversion in even further under the radar -- And it does so by making excellent, subtle, and poignant use of it’s setting in the First World War.

It may not have been the catalyst for modern superhero comics or other pop culture sensations like the more famous sequel was, but the First World War’s fallout changed the social landscape of the world in other, much more subtle ways. As the first “modern” war, the size, scale and brutality of World War One forced the start of a massive shift in the visibility and public perception of physical and mental disabilities.

Soldiers who returned home from the fronts often did so maimed or plagued by “shell shock” and “battle fatigue” which, prior to this point, would have been cause for them to be locked away, out of the public eye. Before the war, they would have been seen as shameful or embarrassing; undesirable and certainly the furthest thing from masculine. But of course, how could a soldier -- a hero who fought for their country in “the war to end all wars” -- be anything other than masculine?

The cognitive dissonance was extreme, to say the least, and the public struggled to keep up with these shifting world views as the war drew to a close.

So, as you might imagine, setting Wonder Woman against the backdrop of WWI carries with it some pretty weighty historical baggage -- but it’s baggage the movie actively pauses to not only acknowledge, but embrace.

Charlie, the sharpshooter of the team, is unable to fire a shot, plagued by “ghosts” that viewers are obviously able to read as untreated, misunderstood PTSD. But rather than functioning as a dramatic set piece to bolster Diana’s relative heroism against Charlie’s apparent “cowardice” it’s used as a means to highlight Diana’s compassion as well as Charlie’s other, considerably less violent skills.

“Who would sing for us?” Diana asks, earnestly and without irony, as Charlie professes to feeling like dead weight to the group.

And though his confidence does start to return, the emphasis on Charlie’s skill with a sniper rifle never returns. He’s a scout, using his scope as a telescope, but he’s never given a moment to highlight a shot being made. In fact, whether or not he actually kills anyone even after he sheds some of his fear, is pretty up for debate. Charlie’s allowed to demonstrate his value and strength in ways that, traditionally, would have branded him as less than heroic.

It’s an admittedly small element in a much larger, much more fantastical narrative, but it serves to hold a mirror up to the world of Wonder Woman’s fictionalized World War I in a way that absolves soldiers from their trauma and affords them the room to display courage and power in areas outside the traditional war movie sanctioned masculine ideal -- Something that may actually ring a bit truer to genuine, real world history than a movie about literal gods and goddesses has any right to.

So, What Does This All Mean?

The truth is, the subversion of Wonder Woman’s takes on male heroism work because Diana’s feminine heroism also works.

Steve can be a strong, warm and well drawn gentleman-in-jeopardy because he is standing in the shadow of an outstandingly well crafted female hero who can and will exalt in saving him. Charlie is afforded the time to be hurt but not made useless or weak because Diana openly welcomes him to be.

The issues surrounding institutionalized, too often toxic masculinity can’t be solved in a vacuum by new male characters alone. To bolster and diversify our perception of what it means to be heroic requires a change in perspective on all fronts, and a conscious move away from the dated scaffolding of superhero stories we still construct stories on today.

It’s a big task, and one that most definitely can’t rest on the success of one movie alone. Wonder Woman took a major step forward, but it’s one that must be followed up on in as many different ways and contexts as possible. Steve, Charlie, and the soldiers who existed on the periphery of Diana’s narrative are a massive gain, but the lessons we can learn from them need to be painted across more than just the sidelines.

With any luck, Wonder Woman will resonate as strongly with young boys as it is proving to with young girls in teaching them where to find strength and how best to use it. The evolution of our heroic idealism and the value we assign to displays of bravery in all forms depends on it.

Email
Legends of Tomorrow: Zari and Constantine's Romance May Have Been Doomed From the Start
Related Topics
About The Author 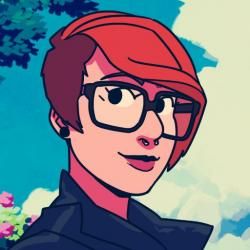 Meg is a Los Angeles based freelance comic book historian and critic with a soft spot for sidekicks, Captain America, the Batfamily, and Daredevil. You can find her on twitter @rustypolished, where she's usually crying about fanfiction, screaming about superheroes, or posting photos of her dog. In addition to CBR, you can find Meg occasionally populating the pages of DCComics.com, GSUniverse, and The Hollywood Reporter.

The 5 Most Shocking Plot Twists in Tokyo Revengers Season 1

The Robotech Movie Turns 35, and You’ll Likely Never Watch It

Masters of the Universe: What Man-At-Arms Wanted to Tell Teela

Fantastic Four: How Hot is the Human Torch's Supernova Power?

How Long Does It Take to Beat & Complete Resident Evil 7?