WARNING: The following contains spoilers for Episode 20 of Moriarty the Patriot, "The White Knight of London, Act 2," now streaming on Funimation.

After making his first significant play in the previous episode, Episode 20 of Moriarty the Patriot sees Charles Augustus Milverton, the diabolical "king of blackmail," set out to do exactly what he promised: smear the reputation of electoral reform champion, MP Whiteley.

The arc's title, "The White Knight of London," and Whiteley himself, were already slightly evocative of Christopher Nolan's characterization of Harvey Dent/Two-Face in The Dark Knight. This latest installment makes the comparison even more apt, as Milverton, like Heath Ledger's Joker, pushes poor Whiteley past the point of no return. Luckily, Moriarty is there to fill the missing role in the trifecta -- Christian Bale's eponymous Dark Knight.

Milverton makes good on his pledge to target Whiteley's family, but there's a twist. Rather than have his duo of goons do the job, Milverton sends the henchmen to distract William's gang, while blackmailing the police officer guarding Whiteley, Sturridge, into butchering the politician's entire household while Milverton keeps the latter busy. When Whiteley returns home to the bloody mess, Sturridge tells the broken man to take out his vengeance -- handing him the very knife he just used to take everything he held dear from him. Whiteley is stubborn at first, but his moral center soon disintegrates and he does indeed kill Sturridge, just as Milverton wanted.

In The Dark Knight, the Joker similarly tortures Harvey Dent -- Gotham's "White Knight" to Bruce Wayne's dark crusader -- by preventing him from rescuing his girlfriend, Rachel Dawes. Her death and his disfigurement from the causational explosion are the catalysts for Dent taking on his villainous comic book persona, Two-Face, and going on a trigger happy rampage through Gotham as Joker suggests. To make the comparison even closer, Moriarty the Patriot even shows Whiteley's half covered in blood after his murderous deed, heralding the birth of a "new villain."

Related: Moriarty the Patriot's Past May Bring About His Undoing

But unlike Dent, Whiteley doesn't totally lose his sanity. Instead, he confesses his crime to Albert and laments that his destroyed reputation means he won't be able to carry out the ambitious social reform his enemies in the House of Lords have been trying to prevent. This is when William makes his most daring move so far in Moriarty the Patriot: after revealing himself as the true Lord of Crime to a shocked Whiteley, he makes the same deal with the man he does with all of his 'clients' as a criminal consultant. Whiteley pledges to give his life to William to atone for his sin and, in turn, William pledges to continue the fallen "White Knight"'s life's work.

Just as Bale's Batman takes the fall for Two-Face to ensure the hope Harvey Dent inspired as Gotham's District Attorney isn't destroyed, William assassinates Whiteley on the steps of Parliament and publically announces that he is the Lord of Crime (from a safe distance on the rooftop), turning Whiteley into a martyr and tying off the cycle of vengeance started by Milverton. Whatsmore, William makes it clear for the first time that he is aware of his new enemy. The coming episodes will no doubt up the ante between the two, with William determined to increase his hold on London as a necessary extremist, and Milverton hellbent on bringing about his downfall as he did Whiteley's.

Keep Reading: Moriarty the Patriot: Sherlock Is Closer Than Ever To Understanding Moriarty 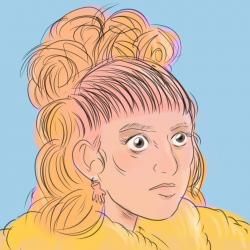 Dragon Ball: What Is the Z Sword (& What Makes It Special)?

Haruhi Suzumiya: How to Get Started With the Anime & Light Novels

Read Next in anime

Reincarnated as a Slime: Veldora's Returned... as a Super Saiyan?!

One Piece: A New Devil Fruit Form Could Hint at [SPOILER]'s Future in Wano

The Detective Is Already Dead Hints at Siesta’s Return

Shonen Jump (Finally) Has More Starring Heroines Than Ever