Demon Slayer is undoubtedly a runaway hit in the anime industry. Ever since its anime debut in the spring of 2019, it has firmly established itself as one of the must-watch anime of the year. The series oozes quality, making a simple plot work so well and featuring high octane action along with crisp, beautiful animation.

That is why it is no surprise that there would be a continuation of the story. After the finale of Demon Slayer's first season, studio Ufotable announced Tanjiro and co.'s adventures would continue in the form of a movie covering the "Infinity Train" arc. Fans will be paying attention to news leading up to its 2020 release, and with that being said, here are 10 things to look out for in the new movie.

This one comes as no surprise as Kyojuro Rengoku is going to be one of the central figures and characters of the "Infinity Train" arc in the movie. At the end of the season one finale of Demon Slayer, Tanjiro, Zenitsu, and Inosuke learn that they are to join the Flame Pillar, Kyojuro Rengoku, on a mission.

We haven't seen much of the enthusiastic Rengoku since his introduction when Tanjiro and co. were brought to the Demon Slaying Corps headquarters. But, as anyone would expect, we know that he has to be a formidable ally to Tanjiro and his friends. He is a Hashira, after all.

9 Zenitsu Being More Conscious Of His Strength

Zenitsu is an entertaining part of Tanjiro's band of demon slayers. Not that the other characters aren't, of course. Zenitsu is mostly defined by his cowardice. He often complains about the assumption that - given his line of work - he doesn't have long to live. This leaves viewers wondering, at least at first, how did this whiny, cowardly character become a demon slayer in the first place?

Of course, then we find out his backstory, including the fact that when his life is at great risk, Zenitsu exceeds his limits and has mastered Breath of Thunder First Style: Thunderclap Flash by relying purely on instinct. However, this involves him being unconscious. With the stakes high in the upcoming movie, this would be a good time for Zenitsu to learn to be more conscious - literally - of his abilities.

8 Nezuko Showing Off Her Demon Abilities

While Tanjiro Kamado is the star of the show, his sister Nezuko is central to the main plot of Demon Slayer. After all, Tanjiro's main purpose for becoming a demon slayer was to help find a cure for his now-demon sister. Nezuko played a pivotal role in the Natagumo Mountain arc in the climax fight against Lower Moon Five demon Rui.

We've seen a big example of Muzan making some big power plays at the end of season one when, out of anger for the overall performance of the demons in the Lower Demon Moons, killed all but one of the remaining demons in the Lower Moons. Look for Muzan to continue to shake things up toward the end of the "Infinity Train" arc movie.

We have seen a spectacular example of this in the anime during the climax fight of the Natagumo Mountain arc with Tanjiro and his sister, Nezuko, against Lower Demon Moon member, Rui. We see some backstory of Tanjiro and Nezuko's father, Tanjuro Kamado, and his unique breathing style known as Dance of the Fire God breathing.

Tanjiro uses Dance of the Fire God breathing Waltz technique against Rui; a single powerful slash dramatized by being wreathed in fire. This breathing style is known only by Tanjuro and now Tanjiro Kamado as well. With a new, stronger enemy on the horizon for the "Infinity Train" arc movie, this style could make another appearance.

Total Concentration: Constant is a breathing technique we see Tanjiro begin to learn in the later episodes of season one. It is a technique that is equal parts critically important and grueling to master. That is why this technique is primarily mastered by the Hashira of the Demon Slaying Corps. This was a big emphasis during the latter episodes of the first season, as Tanjiro recovered from the events of the fight with Rui in the Natagumo Mountain arc.

Those who have mastered this technique are capable of holding Total Concentration: Constant breathing even in their sleep. One of the effects of this breathing technique is that the user's base stamina increases, making the difference between life or death in a fight. Don't be surprised to see this play or role in Tanjiro's showing in the upcoming movie.

Inosuke is by far the most hard-headed character and friend of Tanjiro's group of travelers. Make no mistake, Inosuke has clear potential and incredible raw strength but is somewhat held back by his aforementioned hard-headed nature and general cockiness.

However, once Tanjiro, Zenitsu, and Inosuke are brought back to the headquarters of the Demon Slaying Corps to recover after the battle with Rui and his artificial "family," Inosuke is clearly shown to have been humbled by the experience. He genuinely wants to be better and, ultimately, do better.

The "Infinity Train" arc movie will be the biggest situation the group will face so far, so we'll see how Inosuke shows his maturity.

3 Enmu Potentially Getting His Way

Unless you, for some reason, support the demons, this entry won't be one that people will like to think about going into the movie. After Enmu showed his sadistic nature by enjoying the deaths of his fellow Lower Moon demons, Muzan saw potential in him to redeem the purpose of the Lower Moon demons and was sent to kill Tanjiro.

Considering that Rui was Lower Moon Five and gave Tanjiro plenty of trouble, Lower Moon One Enmu might be able to pull off some sort of success in his mission, even with a Hashira present.

2 A Glimpse At The Upper Moons

If Enmu and Muzan Kibutsuji don't end up getting their way at the end of the movie's story, this one could be a real possibility. Of course, if it does happen, don't expect it to be a major part of the movie.

If Enmu fails to impress Muzan in any way in the movie, then Muzan will have to take more drastic measures to make a dent in the Demon Slaying Corps. That could lead to an ominous moment of seeing at least some of the Upper Moon members.

1 An Announcement For Season Two

In many ways, this would be the biggest thing to look out for in the Demon Slayer "Infinity Train" arc movie. While it didn't come as much of a surprise that Ufotable officially announced that the story of Demon Slayer would continue in anime form, it did surprise many fans that it would be in the form of a movie.

This leaves fans wondering if an actual season two will eventually happen. Many studios love to wait until the end of a season or event nowadays to make an announcement that a subsequent season will be coming. This gives fans reason to believe that if season two does happen, it'll be announced at the very end of the movie.

NEXT: Demon Slayer: 10 Facts You Didn't Know About Tanjiro 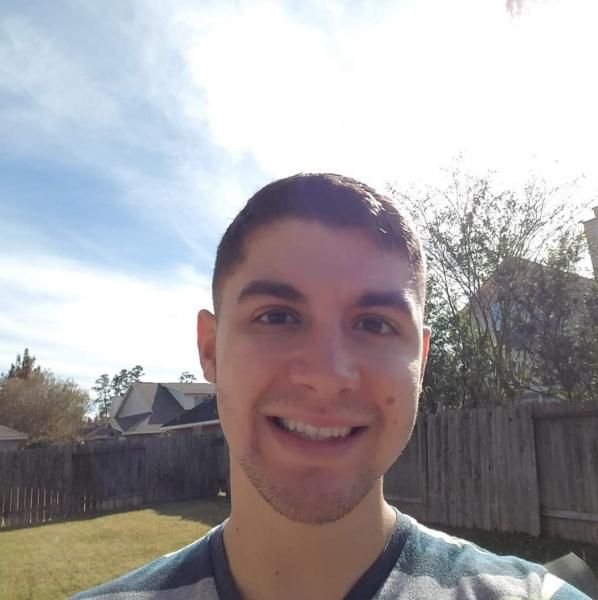 Guillermo Kurten is a journalism major at the University of Houston. Originally from Caracas, Venezuela, he now resides in Houston. He is a fan of pretty much anything involving nerd culture. Video games, comics, movies, TV, anime, manga, you name it. He also has experience writing about soccer, specifically, the German team Bayern Munich.

Pokémon: 10 Anime Protagonists Who Would Be Gym Leaders

Jujutsu Kaisen: 10 Overpowered Characters Who Should Be Nerfed

My Hero Academia: Every Main Character, Ranked By Power Level

Read Next in anime

10 Anime Athletes Who Would Win Big At The Olympics

10 Yuri Series That Will Make Your Heart Skip

Dragon Ball Z: 10 Characters Whose Popularity Declined By The End Of The Series

10 Anime That Are Filled With Likable Characters